Sils Lake is an emblematic natural area of ​​the La Selva plain. This is an old lagoon that had become the largest in Catalonia, equivalent to the lake of Banyoles. Located in the lower part of the plain of La Selva, in an area without natural drainage (known as the endorheic basin), it collected water from the streams of Vallcanera, Caldes, Pins, Rec Clar and Torderola. From the Middle Ages onwards, actions were taken to drain the lake in order to use its land for cultivation and livestock, as well as to prevent diseases such as malaria. It was not until 1851, when the Sils canal was built up to the Santa Coloma stream, that the lake was effectively drained. The resulting farmland was distributed among the people who had worked on the construction of the drainage ditch.

Today, the natural space recovered by the LIFE project has been degraded by a lack of active management with conservationist criteria and a medium-long term perspective. The potential richness of this space is compromised by the inevitable development of a natural space reclaimed by human hands. These "renaturalized" spaces require special management and maintenance to maintain their ecological values ​​and biodiversity. This is what has motivated the agreement of Fundació Emys with the ACA (owner of the main lagoon), the Fundació Catalunya la Pedrera (current owner of the lands of Acció natura corresponding to the meadows of dall) and the city council of Sils (which maintains custody agreements with owners of farms of high natural value in the area of ​​the lakes). The vision of the management plan that is being developed is to recover a natural space with heterogeneous habitats and in a good state of conservation, which welcomes and favors the development of its potential biodiversity in a way that is compatible with the orderly use of its resources and accessibility for people. To achieve this, an adaptive management model will be followed that will pursue the maintenance of stable ecological dynamics and will minimize the active management of the space.

You can find out more at the article on the signing of the agreement or the post on the start of works on Sils Lake.

In addition, the first phase of works for the recovery of the space has already been carried out, here are a series of explanatory videos with the actions that have been taken:

We continue with the works in the Estany de Sils: 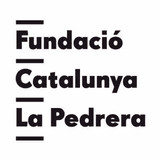